Black and White from a Color Photo

I stumbled across a posting on a new blog called Make the Photo! They only have four entries as of yet, and the particular one I want to bring up is called "How to Create Black and White Photos with a DLSR Camera"

It occured to me that I had never actually attempted to turn a digital color photo into a black and white image. All my black and white photography was done on film, in a darkroom. I'm not sure how well known this information is, as I said I've simply never had the occasion to look into it before. Either way, I found the article very interesting, and decided to play around with some things and show my results.

I recommend you at least glance at the article so you can follow what I am doing. I don't want to just repeat that information which is already readily available and probably better written. 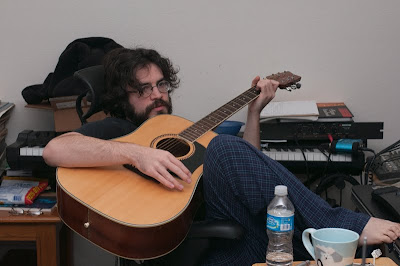 This is Shaun. He is a musician, as you can see. I took this photo over the break while I was learning about my Nikon SB-22 Speedlight. I had inherited this with my dad's film camera kit, and it had never occured to me to try to get it to work with my new D90 until just recently. This photo was taken at ISO200, f8, at 1/50 of second. The head of the speedlight is adjustable, so I bounced the flash from the ceiling, revealing less of the signature marks of on-camera flash. I adjusted the levels a little in lightroom, as it was a touch dark. 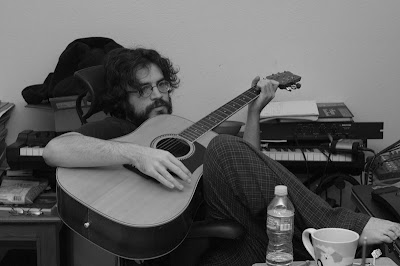 This is the same photo, to which I have done nothing but used the "desaturate" adjustment in Photoshop. Pretty dismal.

So, I brought up Photoshop's black and white conversion tool. In CS4, this is located in Image -> Adjustments -> Black & White. 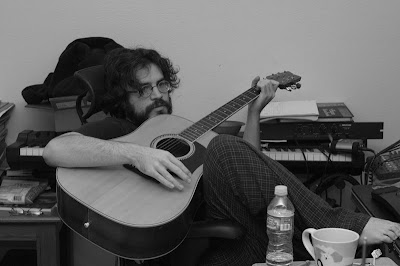 At the default settings the image, while subtly different, is no better than straight up desaturation, so I play with it a little. 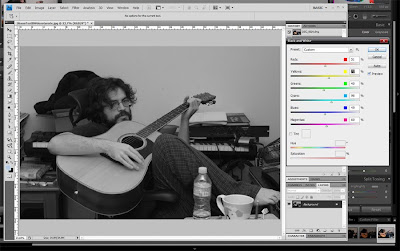 This is Photoshop. You can see the Black and White tool off to the side. Here I've been tweaking the color levels. 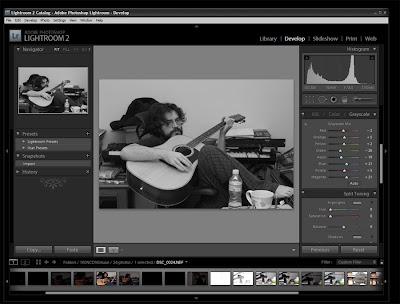 Lightoom has similar, and arguably better, tools in its develop tab. You can see the grayscale mixer there to the right, and the effect it is having on our friend Shaun here. 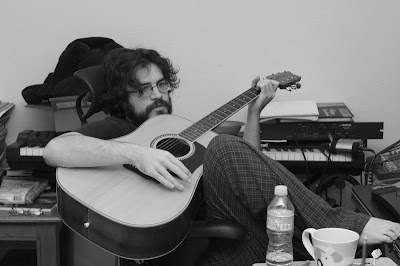 This is Shaun after a short amount of work and a curves layer added in Photoshop. Isn't that much nicer, now? Certainly not fine art, but one step at a time...
Posted by Shannon Buchanan at 11:19 PM