Hey guys, me again. Today I visited some museums in Tampa. I spent a lot of time talking over the works there with people, it was a pretty great experience. I wish I had more ability to go there regularly, instead I just end up seeing all the shows on campus.

I found this picture on flickr. Well, I found a link to it anyway. It is pretty breathtaking. Be sure to browse the rest of his photostream.

Some interesting photoblogs: Images No Words, and Troisiemeoeil

Not photo related, but I highly recommend everyone check out the art blog of artist James Gurney (creator of Dinotopia). His entries are always really informative, educational, and intriguing.

Here is a how-to on getting high speed video from a cheap digital camera. Here is a gallery of photos showing the light trails left by moths using long shutter speeds. Some are quite lovely.

Peter Funch has an amazing series, brought to my attention by a photo-loving friend, called Babel Tales. Seriously, check this out. The photo-editing is fantastic. From what I recall, he takes a multitude of pictures at a certain location, than chooses people from them doing certain things, maybe holding certain objects, and composites these particular images into one.


Mymecos Blog is an interesting look at photography, focusing on extreme macro-shots of insects. There are some interesting posts about technical details too, like lighting such small subjects. Great stuff.
Posted by Shannon Buchanan at 3:59 AM No comments:

I've already started thinking about concepts for the next project, as I said in my last post. Maybe Emily got me started on this, but for some reason I started mulling over the idea of the Disney films, namely the old ones which were all created with cell art - moving paintings. I know a lot of people really enjoyed what I did with my drawings in the first project, and I was contemplating readressing that. I usually do rather straight photography, surprisingly, and tend to really limit my photoediting, though I do know how to do it.

But anyway, I was thinking of a series of images using myself and a sort of mixed collage of Disney cell art, traditional fairy tale paintings, pop-culture references, and magazine clippings. It's a shame though, some of my favorite fairy tales were completely skipped over by the all consuming arms of Disney (maybe for the best). Would the images have the same effect without those elements? Would they say the same things?

And would the whole thing really still be considered photography when more and more of it is actually collage?

There are so many beautiful illustrations from various cultures concerning fairy tales, though, and they have always been inspirational to me. I wouldn't mind doing something from them either way, though to actually replicate them at all would not be doing them justice. It is somewhat a shame how a lot of them have been basically bastardized for modern consumption.

This for instance hung in my bathroom growing up, and I had many wonderful books in my collection. I wish I still had all of them.
Posted by Shannon Buchanan at 4:02 AM No comments:

I am currently doing research on a project for my sculpture class in the Marshall Center computer lounge, and came across this page here, about a piece called The Expressive Photo Booth. It makes images that look something like this: I found it quite interesting, and thought I would share. I'll probably have another post up tonight as well, when I am home and have access to my bookmarks. I am mulling over ideas for our next project, but I am worried I am making things too complicated for myself, and also that the idea is simply not original enough...
Posted by Shannon Buchanan at 7:35 PM No comments:

What with the crit being Tues, I have been busy with photos. I was informed by pretty much everyone that my "Prometheus" shots were weak, so I reshot them - and took everything else - this weekend. I spent tonight playing with fire, troubleshooting why my computer was crashing, and doing editing.

Here are the final results:

The Fall of Man 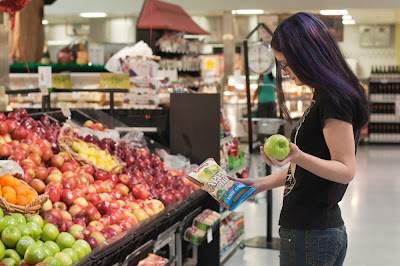 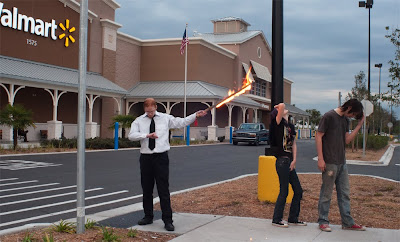 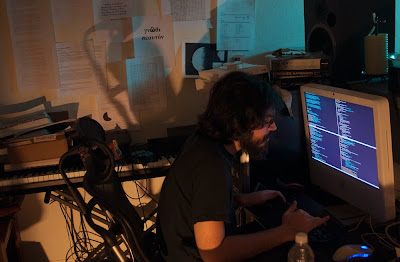 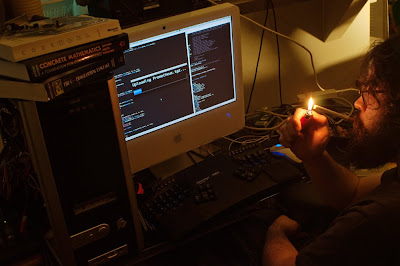 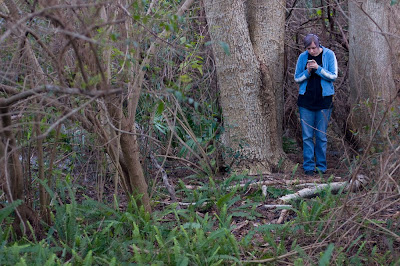 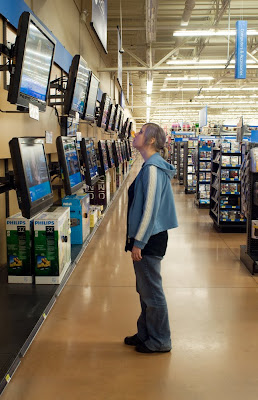 Two shots I got done tonight. 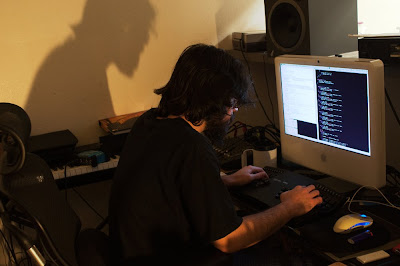 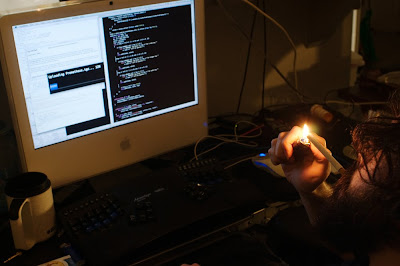 Posted by Shannon Buchanan at 4:20 AM No comments:

I am much too out of it to make a very in-depth post, so here are more photo based links.

We Can Shoot Too is a blog about photos coming out of LA and the west coast.

Macro Kingdom is a pretty awesome video shot with a MP-E 65mm lens.

Here is a list of twenty massive gigapixel images, with discussion about how they are made.

The New York Times featured an essay about photographers in Haiti, namely about figuring out how much is too much.

Make the Photo featured an amusing article on how to take pictures of your dog.

Fubiz is a site that is depressingly in French, but has some amazing photos in their gallery section, such as this high speed gallery.

And for our internet generation I leave this post and this diagram:

Posted by Shannon Buchanan at 1:46 AM No comments:

I've have been amazingly sick this weekend, and have barely gotten anything done. There's no guarantees I'll be feeling any better by class Tues, either, but I will try my best to have everything together.

I have been thinking about my current assignment though, and am pretty sure I know what I want to do. I did a lot of research into ancient mythologies and religions and tried to find moments where man was separated from god and or the animals - and also, in a sense, the rise of conscious self. After looking things over, I decided I would choose the fall of man and expulsion from Eden, Prometheus stealing fire from the gods, and the Hindu concept of Maya - or the illusion that keeps us from knowing Brahman.

I am not going to do a straight up "historical" shot though, I am going to modernize these concepts and situate them in our modern world, in a way that references our current culture as much as the mythology. It may even be a bit satirical, after a fashion.

I'll be starting work on these this week, granted I feel better. Wish me luck.
Posted by Shannon Buchanan at 12:29 AM No comments: